The sudden passing of Kobe Bryant, one of the best basketball players ever, caught the world off guard. He meant so much to so many kids (and adults!) out there and was a leader on and off the court. I want to take a look at 8 of his most inspirational quotes and how they’ll help you produce success in your life.

Leadership is lonely … If you are going to be a leader, you are not going to please everybody. You have to hold people accountable. Even if you have that moment of being uncomfortable.”

LEADERSHIP – The hardest part of being a Producer / Leader is that you won’t be universally liked. Part of the producer’s job is to ensure team members are fulfilling their individual roles in reaching the team’s goals and that means holding people accountable. As much as you may want to please everybody, the overall team and goals take priority. As you think about the team’s goals and how to get there, if there’s any group you should look to keep happy, it’s your customers. Your customers are the ones to keep happy, because they’re the ones paying for your products / services.

The most important thing is to try and inspire people so that they can be great in whatever they want to do.

LEADERSHIP – Being a Producer requires leading a group of people towards common goals. Producers / Leaders motivate and inspire people to strive for goals and great accomplishments. Think about the people surrounding you at work, who can you motivate and inspire? It could be junior and/or new colleagues. I don’t mean that you necessarily need to be their mentor. Simply talking to them and saying “Welcome to the team! Do you have any questions about the company, team, or processes?” A simple question like that makes the colleague feel welcome and part of the team, because someone is taking interest in them and their career. Inspiring people isn’t just hearing yourself talk about what they should/shouldn’t do, it’s also showing them that you are there to support them and are willing to help wherever you can.

I want to learn how to become the best basketball player in the world. And if I’m going to learn that, I gotta learn from the best. Always keep learning.

LEARNING – Kobe said that when discussing why he decided to go straight to the NBA from high school. His drive to be the best, meant that he had to play with the best. Continuing to learn and educate yourself is vital if you want to continue growing as a Producer / Leader. While you may not specialize in any one specific area, if you want to be a Producer and lead a team, it’s important to learn about everything your team does. It doesn’t mean you need to be an expert, but you do need to have a good enough grasp to understand how that specific area fits in the bigger picture towards the team’s goals. One way of learning is to read. The other way is to ‘do’ and work with ‘the best’ like Kobe did. He went where the best were and learned from them. Producers will also go to the best and talk/work with them, learning from them.

SACRIFICE – No matter who you are, every single one of us only has 24 hours in one day. The work/life balance is hard. I love all the many things I do, but I also love my family and friends. I want to be able to split my time equally between work and home everyday, but that’s not practical. There will always be circumstances where more time will be needed at work or at home, and you try to ‘make up’ the lost time later. Meaning you have Time IOU’s all over the place. Keeping track of that is a nightmare. What’s important to understand is that you will need to make sacrifices on your journey to reaching your goals. It’s not a question of “if” there will be sacrifices, it’s a question of “when.” So know that it will happen and forgive yourself when you need to cancel something at home, because a situation arose at work.

PERSEVERANCE – Laziness and procrastination will undo the best of us. A core driver for the laziness is Fear – fear of not being good enough. The key is to get up every day and have a mini-goal within the scope of the large goal that you aim to accomplish. Breakdown the overall goal into smaller, daily mini-goals. Create daily goals that you aim to accomplish, because that gives you continual successes as you work your way towards the larger goal. Only looking at the large goal will feel like you’re climbing Everest, but if you’re only looking at the small, daily goals, you’ll reach the top of Everest before you know it. These daily successes will build the momentum and demolish the laziness.

The important thing is that your teammates have to know you’re pulling for them and you really want them to be successful.

TEAMWORK – Even though you’re the Producer / Leader, don’t forget that you’re also a teammate. Teammates need to know they have others helping each other to reach the same goals. Continual feedback and communication are keys to success. Share questions, ups/downs, obstacles, issues, comments, potential improvements, brainstorming, successes, etc. Transparency between teammates is needed, so you know what the other is doing in working together towards the common goal. You’d be surprised at how much your teammates are willing to help and on your team, because…they are.

I have self-doubt. I have insecurity. I have fear of failure. I have nights when I show up at the arena and I’m like, ‘My back hurts, my feet hurt, my knees hurt. I don’t have it. I just want to chill.’ We all have self-doubt. You don’t deny it, but you also don’t capitulate to it. You embrace it.

FAILURE – Once you embrace it, you’ll be in a better position to analyze the failure objectively and create a plan of action for avoiding the same failures. Look at what the original plan was and what led to the failure, then adjust on the next attempt. Whenever I start making plans, I usually come up with different options during the course of planning. I’m sure you do too and you may agonize over which option will be the one that works. The truth is that you will never know what option will ultimately be the one that works until you actually take action on an option. You’ll have past experiences that will steer you toward certain options and you should listen to that. What you should also do is to stay flexible and realize that when the initial option isn’t working, pivot and try another option.

Once you know what failure feels like, determination chases success.

FAILURE – Don’t be afraid to fail. Failing doesn’t mean that your project is over, nor is your company done for, and especially your life is not over. Failure is a speed bump that you briefly jostles you. That’s just it – brief. Stay determined and continuing driving ahead, because that little speed bump will be insignificant to the feeling you get when you reach success.

There are more than 8 inspirational Kobe quotes, but these are 8 that you can read today and start taking action on.

If you have questions about your own specific situation and how to take action, feel free to contact me directly. 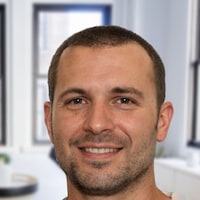